First, two quotes, one in English and one in German.

Don't worry, we'll translate the German. This isn't one of those 19th century novels that expects you to know English, French, Latin, Italian, and German just to get through a page. I left the quote in the original because one of the words has a delightful dual meaning that is lost if not juxtaposed with an English translation.

The phrase “sola dosis facit venenum,“ (usually rendered “the dose makes the poison” in English) is a Latinization of the German phrase above from Paracelsus. He wrote this in his “Seven Defenses” when he was fighting against accusations of poisoning his patients (malpractice court, it seems, is one of the oldest traditions in medicine).

Paracelsus is the Latin name given to von Hohenheim by his friends, who were probably screwing with him, or his scribe, whose poor fingers grew to hate the eighteen syllable German name.

(I'm convinced that translating a name or phrase into Latin was the historic equivalent of becoming a friend on social media: OK, now it's official.)

The basic idea of the poison-medicine continuum is given plainly by Withering, but here's my rough translation from Paracelsus’ German:

Throw in a couple of exclamation marks, italics, and fist pounds, and you have the makings of dialogue for a 16th century Law and Order.

It makes me happy that the word for “poison” in German is “gift.“ English “gift,“ meaning “present,“ and German “gift” come from the same root, “to give,“ but language is also susceptible to divergent evolution, sometimes amusingly. This dual meaning fits nicely with the general conceit — medicine and poison are two sides of the same coin, gifts in either case, to be used with judgment, not to excess.

On my first day in leukemia clinic in 2015, with a certain young fellow from Syria and a certain attending physician who is rather fond of a good story, I was told the story of how arsenic made its way back into medicine as a treatment (and often cure) for one of the worst types of blood cancer, “Acute Promyelocytic Leukemia” (APL).

Arsenic has been used for thousands of years for everything from medicine to candy to wallpaper to rat/king poison. It was used widely for this last purpose, because it is odorless, tasteless, dissolves instantly in liquid, and is among the more deadly poisons known to man. In low doses it is a mild stimulant (and, apparently, aphrodisiac), and in higher doses bad things happen, even if not ingested.

In the 1800s in the West arsenic was found to be helpful in certain blood cancers if ingested and in certain skin and breast cancers if applied to the skin. A string of studies from China in the 1990s using arsenic trioxide for patients with APL had remarkable results, which led to studies in the U.S and a remarkably swift change in standard medical practice. APL was a disease that would almost invariably bring you into the hospital in critical condition and send you out in a bag to. Now, last time I was with a patient with APL, that young Syrian fellow (who is now an attending) kept repeating: *The article from The Oncologist that gave the Withering quote made the unfortunate mistake of saying he was a 15th century physician, which has, even more unfortunately, led to the persistence of the wrong century attached to his name. He was born in 1741, discovered digitalis in 1775, and died in 1799. 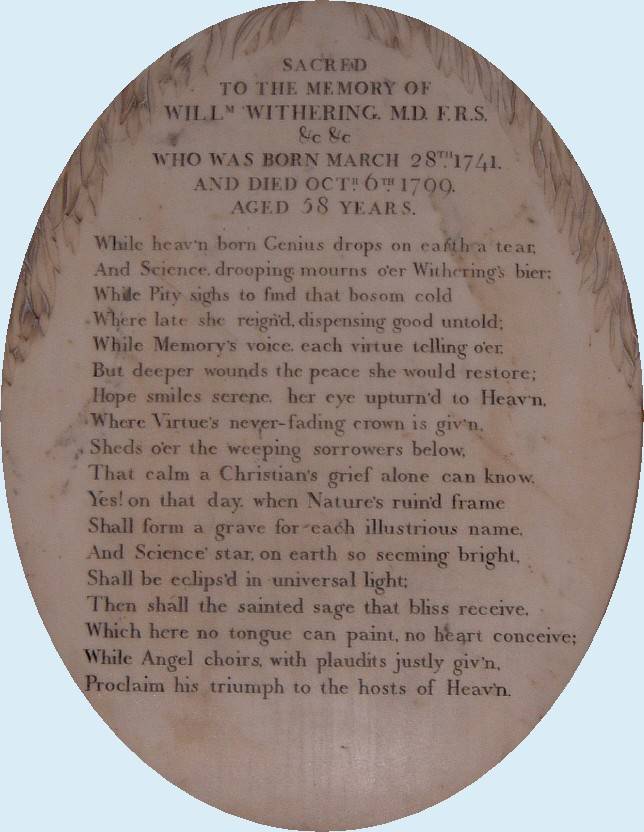